Exhibition catalogue (pdf, 8 MB)
Related content
Audio guide through the permanent exhibition “I, We and Others: The Images of My World”

I, We and Others

Images of my World

An exhibition dedicated to a man and his place in the world. It is complimentary to the museum permanent exhibition Between Nature and Culture and a space for reflection about yourself, other people, world and life …

From man's social nature there arises a need for a sense of belonging – among people, in time and space. Through relations with others we each seek answers to questions and shape our perception of the world. The environment that shapes each one of us determines how we interact, see, feel and evaluate people and things, concepts and ideas, knowledge and experience, the past and the future.

We may be alert to difference, we may be enthused by identity, but neither can be denied. Difference arises from individual experience, everyday life and cultural diversity, while identity derives from being human. The exhibition thus addresses the relations among the personal, communal and universal heritage. Rather than the visible heritage, we direct attention towards the question of how heritage comes about and what is its significance.

The exhibition offers a breathing space among everyday obligations and a chance to contemplate yourself and others, to reflect on the world and the life that we lead. We hope to bring about a sense of wonder and joy at the lively multitude of images of many different worlds. We do not offer simple solutions: this is a space in which to ask questions and seek your own answers, to exchange ideas and experiences.

For is this not also a way of belonging? 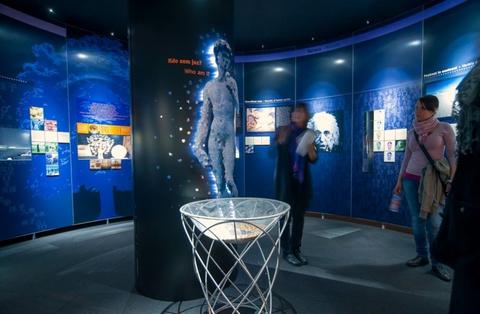 Man is the smallest unit of mankind. The human species is only one of the myriad of species generated by the evolution process. This process is not finished yet, but continues.

As a biological being, man is subject to the processes of his organism and the nature of his species. But man is also a social and cultural being, who regards his bodily states and processes through social and cultural norms. He acquires these norms in the course of his socialisation and to the degree that he experiences and uses them as his own.
The individual as a person - a physical, spiritual and mental being that is conscious of itself - cannot survive without other people. Moreover, it is only through other people that the individual can determine his own individuality. To a great degree, the starting point for this determination is his own body.

My family – my home 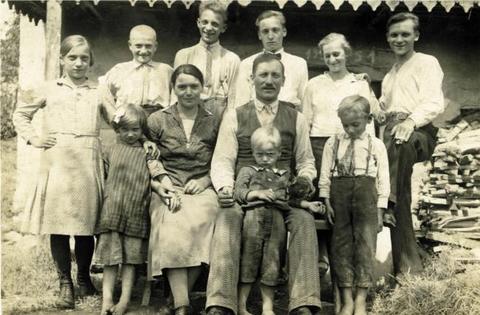 What is my family to me? What is my home to me?
What are my roles in the family?

At birth man is helpless. His survival depends on others. The survival of the individual and mankind in the later periods of life is only possible together with other people.

Man’s prolonged childhood, when compared to other living beings, is the time of the individual’s physiological, social, and cultural development. The “nest” - his family and home - is the place where the individual learns the basic physiological and communication skills and norms, which allow him to adapt to the environment.
The “nest” is also the place of survival, reproduction of the family’s genetic heritage and property, protection of its members against the outside world, and the place of the most permanent personal ties. These ties also provide shelter to members, who do not contribute directly to the family’s survival, and to others, who are not related to the family’s members, but live together with them in a common household.
The original family and home provides its members with the awareness that they belong to this smallest group, as well as to an unbroken line of several generations united by the same origin. Whether we want it or not, we keep returning to our ancestors and original family during our entire life.

My community – my birthplace 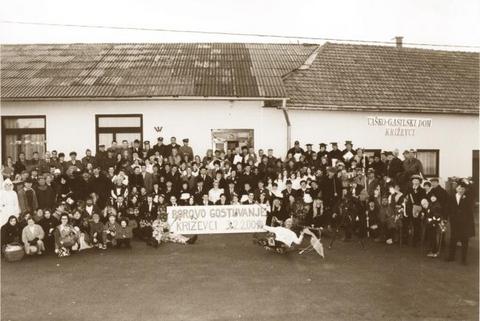 To the individual, not only his family is important, but also his direct ties with the people from the narrow environment in which he was born and lives. Co-existing with other people makes survival easier and better, and from the environment in which we live we adopt accepted values and views on life, which accompany us later and in new environments.

The members of a community identify themselves to some extent with their common living location and they live in similar living conditions. They share the local history, common interests, and a common celebration of feast days. Through mutual relationships, the transfer of knowledge, social control, and the preservation of traditions, the local community has an important impact on the individual’s life and continues the process of socialisation started in the family. It takes care of the safety of its members and stands at their side in joy and grieve, work and leisure, at birth and death.
On the outside, the local community may seem quite uniform, even though it is made up of groups of individuals connected by family ties, neighbourhood, age, sex, social status, specific interests, etc. “Newcomers” are never quite equated with the community’s “own” people.

Beyond my birthplace – my departure 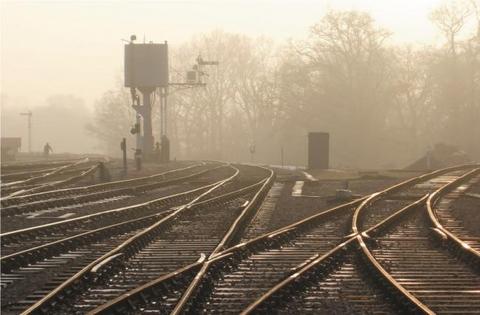 Leaving home – where to and why? Do I remain who I am?

Leaving home for a variety of reasons and intentions may be either a need or a choice. It may be part of the individual’s strategy for survival or his personal development. But is always means to leave the environment in which he was born and rooted. And it also means meeting new environments and people and facing otherness.

Individuals left their domestic natural and social environment, the local community, for reasons of survival, a better life, knowledge or religion, etc. They were enticed by other places which offered them what they were looking for - by other villages, provinces and, in particular, towns. With their centuries old history towns grew increasingly attractive economically, socially and culturally, as well as indispensable in their symbiosis with the countryside.

People left and returned. With them they took knowledge, produce or products and they returned with other goods, ideas, cultural elements. Some remained in other places and became “others”: to those they left behind as well as to those they joined. Their kinship, local, provincial, and professional identity changed; it doubled, multiplied, and split.

My nation – my country 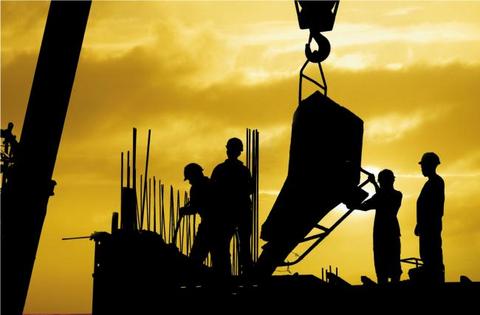 The political system of the present world is based on single-nation or multiple-nation state communities, whose foundation is the individual person. Social structures, nations and countries are subject to historical development changes and these determine the position of the individual in society.

In addition to his family, local, and working communities, man is also part of the large communities of his nation and country. The awareness of national belonging reflects man’s acquired feeling of affiliation, but is also the result of his own decision. Affiliation to a country is largely an administrative form of placing und uniting individuals within the framework of a geographical, political community.

The state treats man by classifying, standardizing, and educating him and by attributing various official identities to him. Man experiences his national and state identity indirectly, through symbolic elements, acquired ideas about its common history, through rulers and other important people. Indirectly, this identity is asserted through the daily use and consideration of the country’s language, currency, identity documents, official rules and legislation, etc.

My otherness and foreign otherness – the wider world 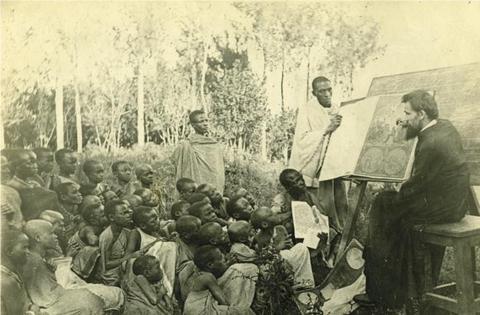 What makes me travel to foreign countries and live among foreign people? How do I judge otherness? Where do I see likeliness?

The reasons for travelling were quite different. Explorers were led by their curiosity, emigrants by economic motives, missionaries set off convinced that they would change the world, adventurers and tourists wanted to explore it. They all had one thing in common: they travelled into the unknown.

Meeting other worlds, the individual directly faces different cultures from the wide world and complements his own culture. On these journeys, individuals informed the world on their domestic culture and brought home information on the “others”. Some of them made important contributions to progress in the world, but the world also changed them. The development of communications has made intercultural contacts an important part of the life of every individual and “otherness” has become closer and more familiar.

Me – my personal world 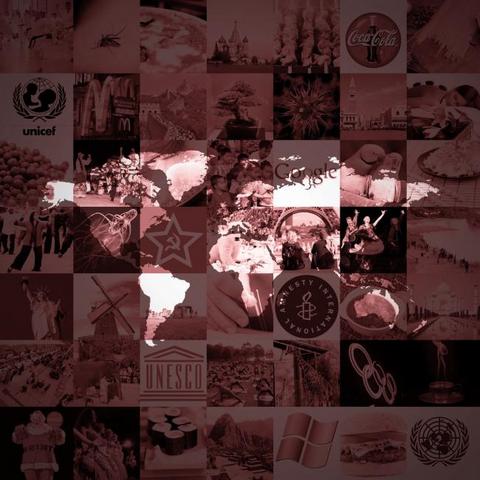 Who, then, am I? Where do I come from and where am I going?

Man's personality is ...
… the whole of his qualities, experiences, behaviour, and knowledge. A small part of his personality is innate, but the greater part develops and changes throughout his life.

A particular feature of mankind is the selection and arrangement of memories, knowledge, and experiences into a whole. This is how man adapts to changes and plans for the future.
A further typical feature of mankind is the need to control the environment and to understand the world. Therefore, every society and every individual poses fundamental questions on the origin and meaning of his own life and life in general.
An individual develops his personality in coexistence with others and this helps him to get to know and define himself. The course of an individual's life is a unique experience, and man's personality is the unique whole of his identities.

I, We and Others: Images of my World